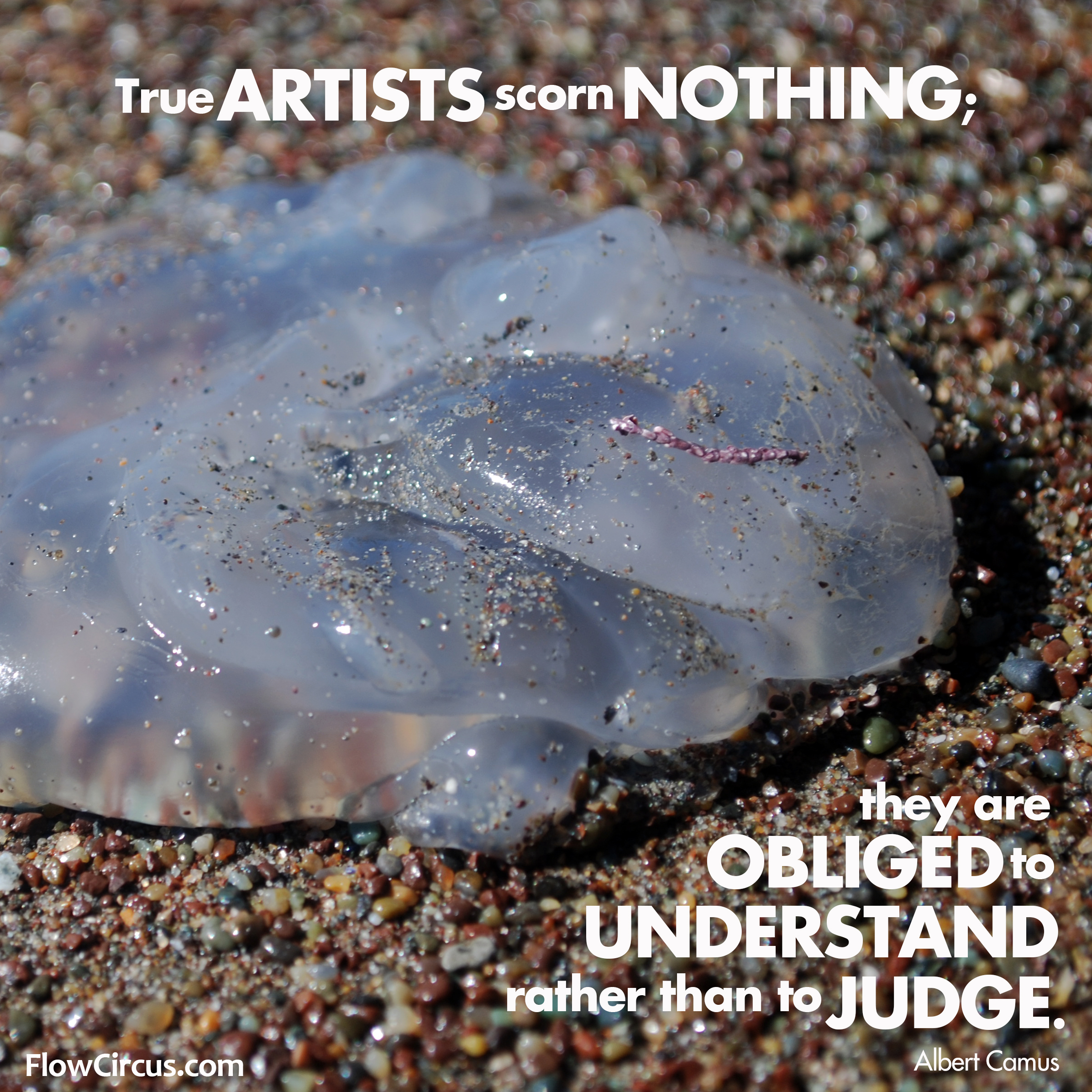 Let me start with a disclaimer: I have no idea what Camus had in mind when he wrote this statement describing a "true artist." The second part of this quote, however, resonated with me and supports a lesson that we emphasize when we teach people new skills. This prompted me to explore the idea more.

Why a jellyfish image for this quote? As someone who loves to swim and visit the beach, I've never been a big fan of jellyfish. I remember one family vacation to Cape Cod vividly. I might have been about eight years old. The conditions that season led to the beach being overrun by tons of them. My parents or brothers probably gave me a casual warning about not stepping on them, but as soon as my kid brain heard the word "sting," fear reigned. I didn't go in the water. I may have even felt a little scorn about them ruining my beach trip.

Fast forward to another beach on another coast. This one also had numerous jellyfish, but my adult self became enamored by them. The shape and texture as well as how the light and
pebbly sand interacted with it got my attention. I became curious about jellyfish and wanted to know more about how and why it stings. Did this type even sting?

It may have helped that I visited in February and had no plans of swimming. Or that I explored the area with camera in hand helping me see things differently.  Whatever the reason, I've described two very different experiences. Would Camus say that I am now a "true artist" because I saw beauty where I had previously only seen fear and scorn? I didn't feel that way at the time nor would I ever think to use that label for myself.

Maybe Camus wasn't describing a person born with special talents or one that has hit it big with museum exhibitions, Broadway shows, or platinum records. Maybe instead, he meant
anyone that observes the environment and people around them with curiosity and without judgment. In other words, a person that takes a moment to pause and find beauty wherever they are and express gratitude for those experiences. In other words, a "true artist" lives mindfully in the world.

Even if that's not what Camus meant, I like it and will aspire to practice that mindset.