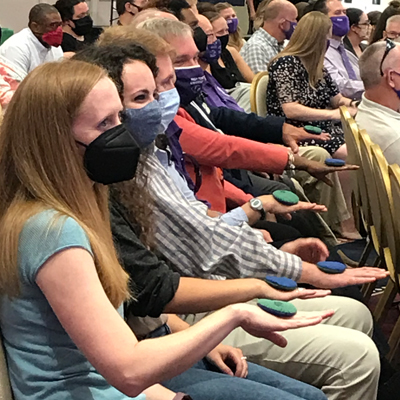 Eleven hundred High Point University faculty entered the beautiful new Nido and Mariana Qubein Conference Center for the first time on the morning of August 17th ready for the start of another school year. And on their seats, they found...a Flop Ball.

Dr. Qubein planned on giving opening remarks to the group and he wanted them energized. Having worked with us before, he knew the power of our programs. Paul had the honor of taking the stage first (the first one ever in this space!) He led the group through a number of exercises. He started them with sitting moves to ease them in and then had them stand to increase the challenge with more advanced play.

Once standing, some players naturally began passing with colleagues - increasing the energy and fun. We ended with a little competition leading to an impressive display of skill by the university chaplain. That all happened in just 20 minutes.

A recent research study about play in higher education and its impact on college students described “play as a technique to reduce barriers to prime them to be more alert and willing to be vulnerable, which paved the way for effective learning to take place.”

As a result of our session, Dr. Quebein received an enlivened and happy audience more ready to listen.

Learn more about our Energy Boosts at EnergizingEvents.com/energyboosts 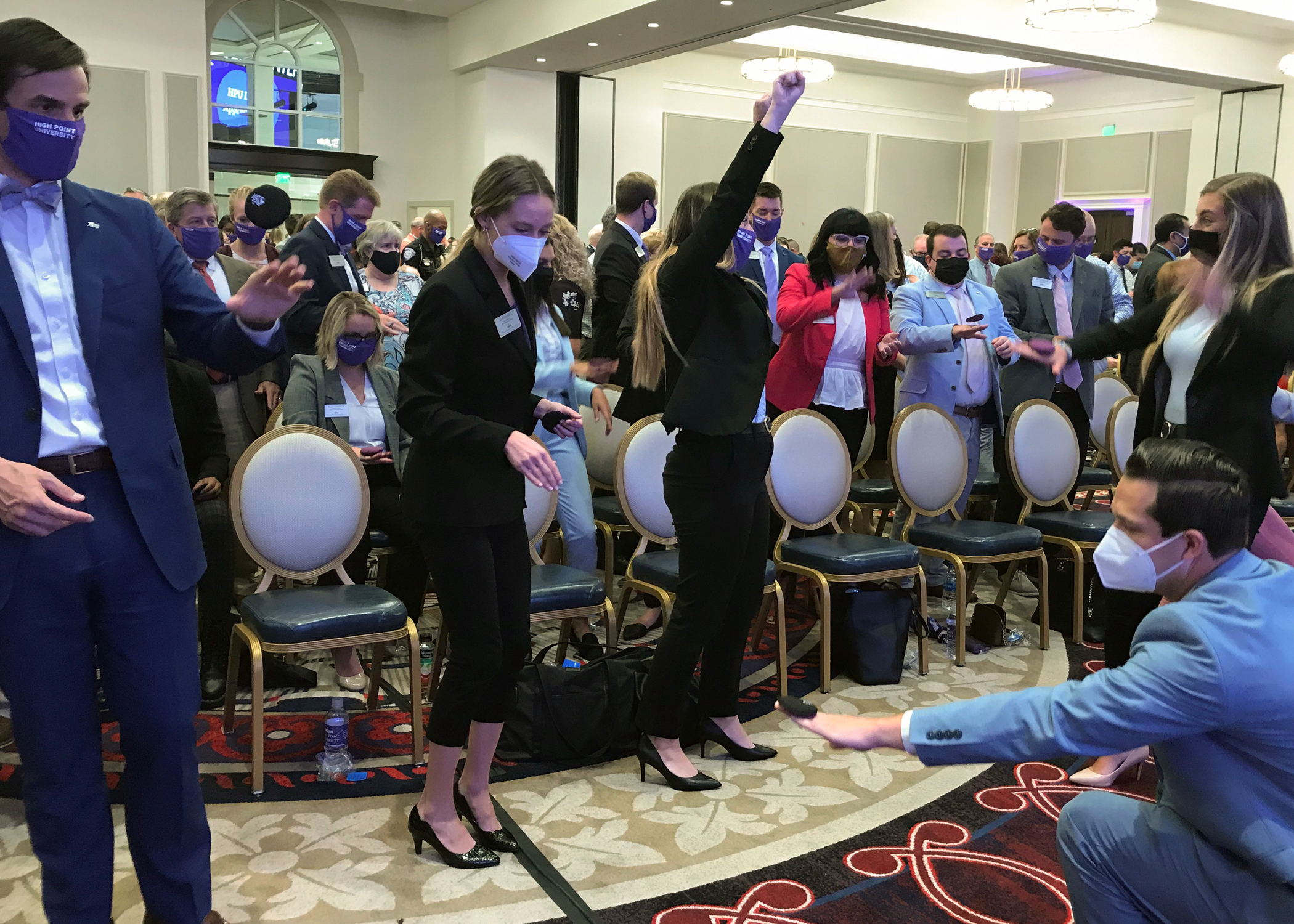 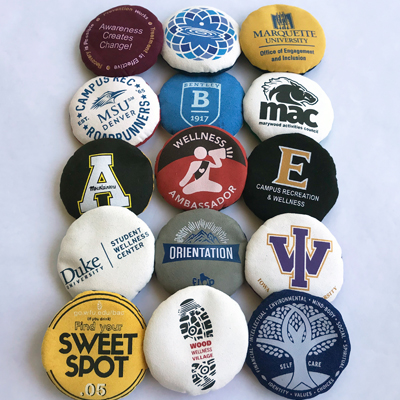 Make This Year Memorable on Campus 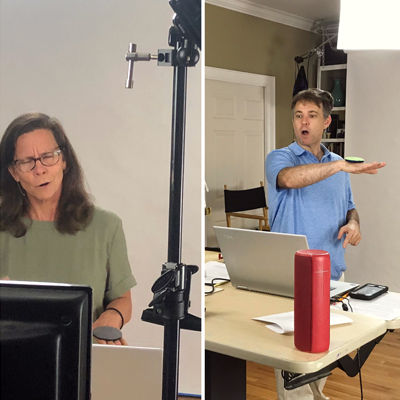 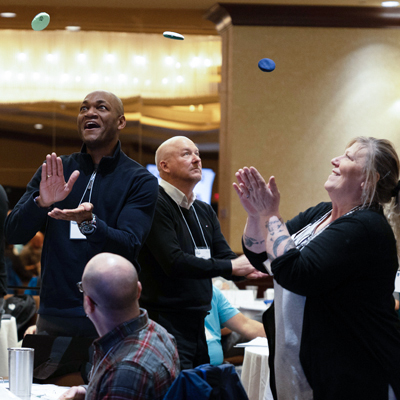